Located in the lawns of the Royal Orchid, the restaurant has a nice segregated outdoor feel. Surrounded by trees and shrubs, the gazebos and tables are very cozy, ideal for an intimate dinner. However, with summer approaching a big worry was the mosquitoes in the evening, they did not disappoint. That aside, the setting is quite lovely. We were welcomed with choice of drinks between a really heavy lassi and a fabulous aam panna. Normally, the aam panna is a bit bitter, but this particular blend hit the perfect note between sweet and bitter. I shamelessly ordered two more large glasses through the evening. Or was it three? For those of you who are wondering if they serve liquor, they do have a compact bar with a few whiskeys, rums and a wine. Not the most extensive collection, but I’m guessing they would add to the same as time goes by. 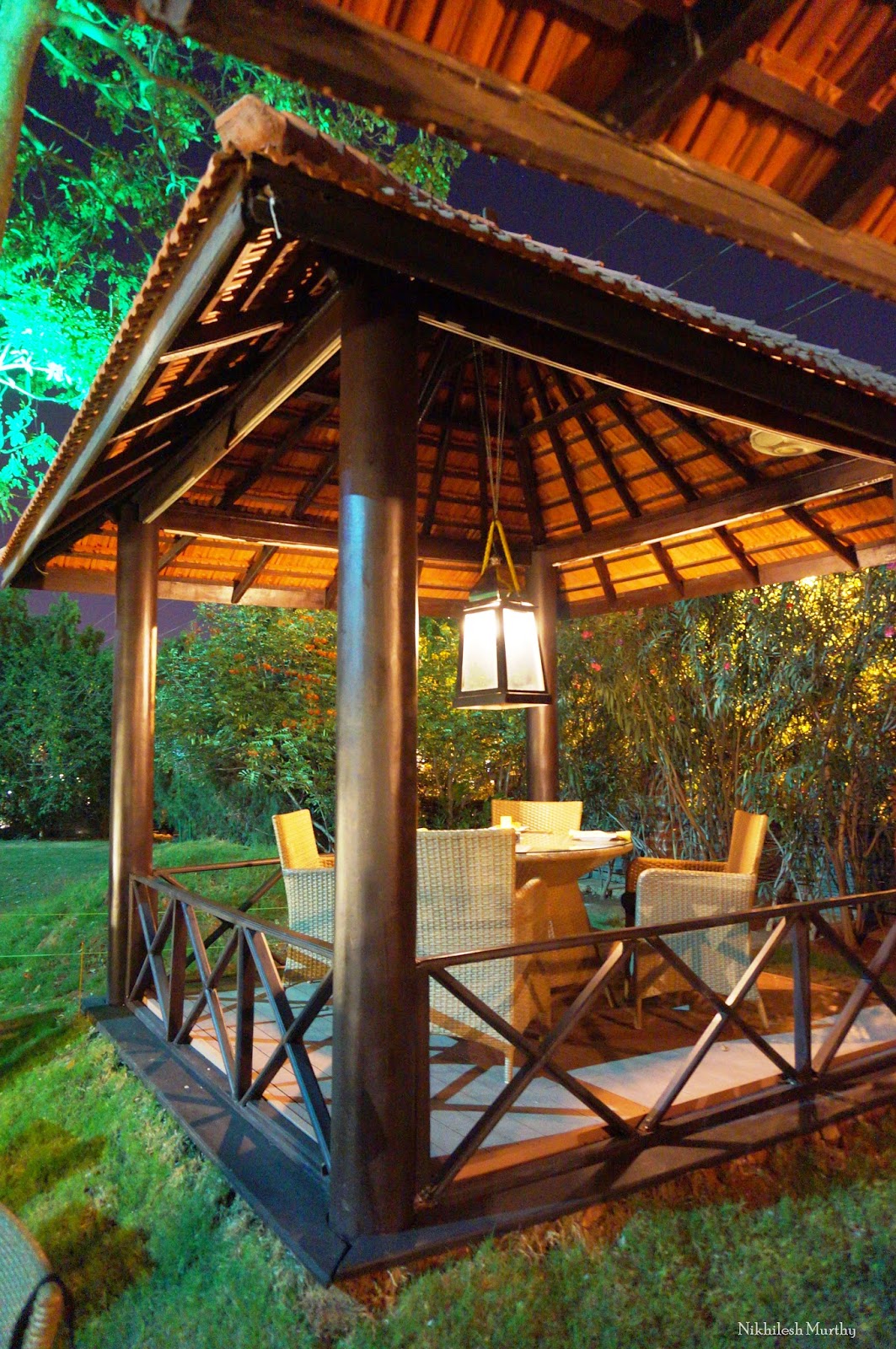 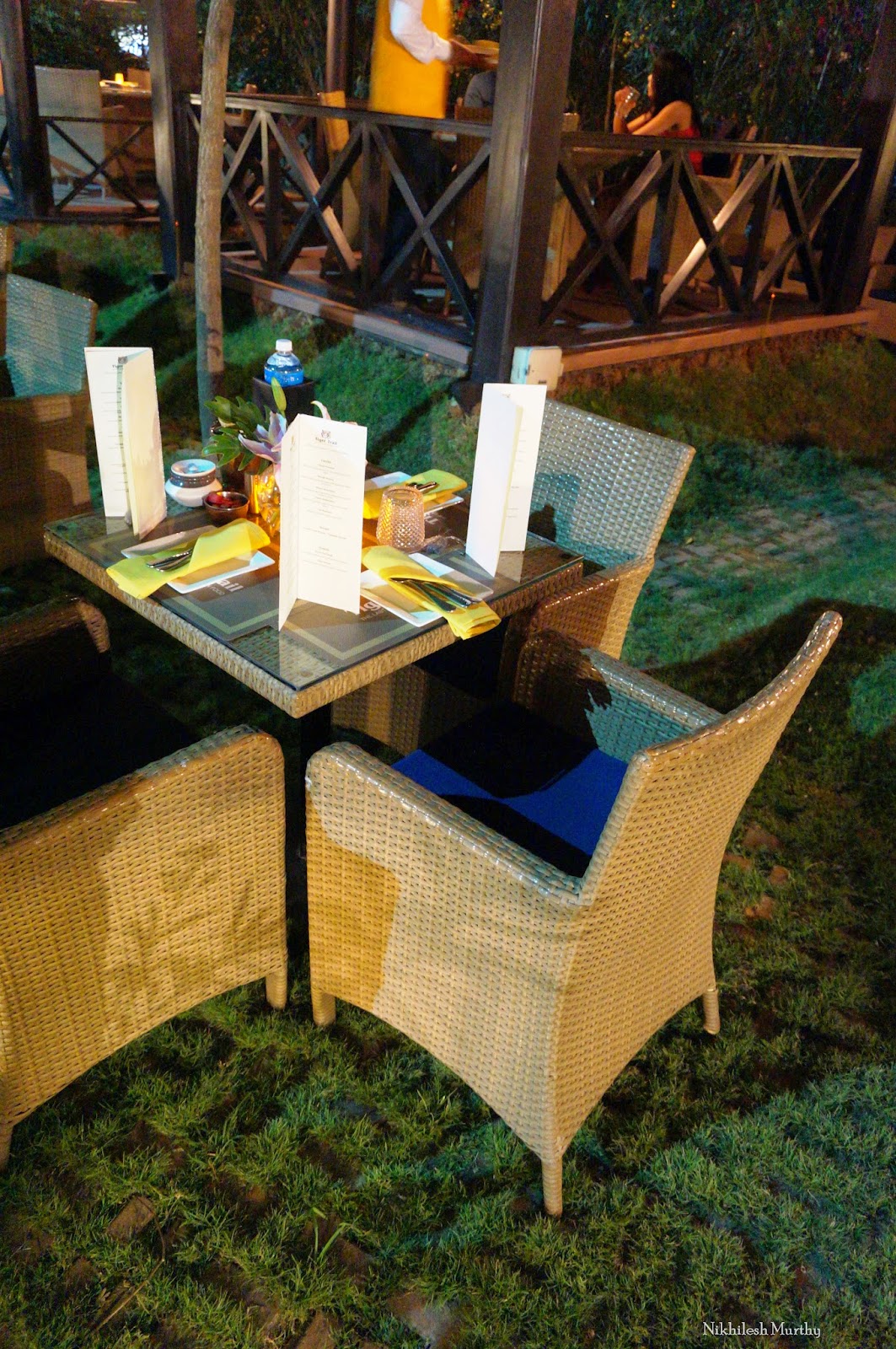 Chef Rana Gomes had put together an abridged version of the regular menu for the bloggers present. The restaurant menu is largely inspired from the Awadhi style of cooking. I started off with the Tunde Kabab. While the kabab itself was alright, it still missed the authentic Lucknow style. And that was a little disappointing. To be honest, I’ve not come across any kabab place in Bengaluru whose Tunde Kabab has come even close to the real thing. This was followed by a vegetarian starter, the Tarana Kabab. This comprised of baby corn, broccoli and paneer marinated in yogurt and spices. While the recipe itself isn’t unique, the taste was quite different from other similar preparations I’ve had. I’m not sure what exactly the spices were, but the combination was quite delightful. I always despise it when the vegetarian starter is better than the non veg starter. (No offence meant to the vegetarians). There was another non veg starter, the Murgh Gulnar which was your average chicken tikka kabab with some additional spices. This was accompanied by the Shakarkandi Kabab which was potato cubes marinated in spices and cooked in a tandoor. I even had a small helping of the Murgh Yakhani Shorba soup. Overall, the starters were a little above average, but the Tarana Kabab stood out as something I recommend.


For the main course, I started off with the Chaap Noorani – a preparation of lamb in cashew cream and butter. The lamb was very tender and had soaked in the gravy quite well, taking on the flavour. The gravy itself is on the sweeter side and is quite rich in flavour. For those who prefer a spicier dish, this would not be the one for you. But I did enjoy this particular dish. There was also a Murgh Korma which was rather mellow in taste compared to the normal spiciness one would expect. I do understand from the chef that most local palettes are used to a little more spice in their cooking. However, the Awadhi style is more muted. I also tried the Paneer Khurchan which was a very homely preparation of onion, capsicum and tomato gravy with paneer. While the dish itself sounds quite basic, the taste was very nice and the spice levels were higher than the rest of the dishes in the main course.


The best part of the meal, and the one big reason I would recommend folks to try the Tiger Trail is for their Indian Breads. I’ve not come across such a diverse collection and this was the superstar of the meal. The bread basket consisted of four varieties of breads, each which had a unique taste. The first bread was a Taftan, a bread with a lovely taste of sweetened milk flavoured with a hint of saffron. Second was the Chironji Naan, a naan sprinkled with chrironji seeds. I rather enjoyed the third bread which was the Ajwani Naan which was fluffy, and the dough was made of milk and egg. The final bread was the Tashkent naan which had a very nice earthy taste as it was cooked in a clay pot. Tiger Trail has made the effort to get chefs all the way from Lucknow to make their breads. The recipes are family secrets and are not shared with the rest of the team. And this definitely makes it stand apart from the rest of the meal, and the rest of the breads at other restaurants. If not for anything, definitely visit Tiger Trail to try out these breads. A big plus point with the muted gravies is that the taste of the breads comes through.


Before we hit the dessert, I had a helping of the Awadhi Lamb Biryani. While the flavour of the rice did not thrill me too much, the lamb was very tender, very tasty and had a nice hint of saffron through the meat. I wasn’t a big fan, especially after the stellar Indian breads. Dessert was quite simple with a serving of kulfi and another serving of gulab jamun. The former was quite good, but the latter was way too sweet for my taste buds. 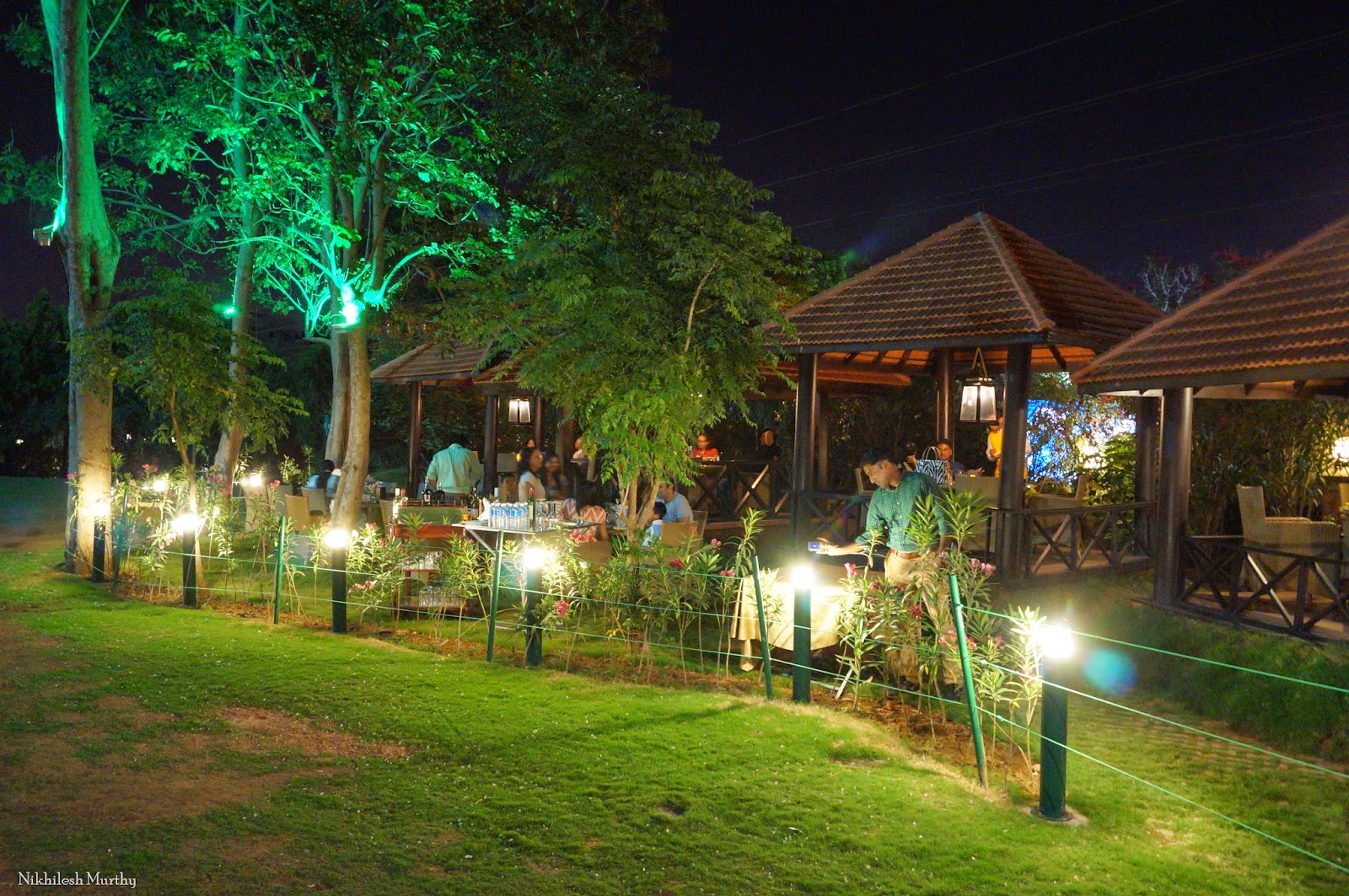 Overall, the big plus points of Tiger Trail for me, were the ambience and the breads. The restaurant is just a few weeks old, but they’ve got the service in place. The food is relatively mild on the spice levels, so those of you looking to set your taste buds on fire, this isn’t the place to be. It’s a good start and I would like to go back after a few months to see if they’ve remained true to the Awadhi style of cooking or have they upped the spice levels to suit the local palate. Do not miss the breads here!

These people love me, so should you..

I'm on Zomato too!